We are Inma Lázaro and Marco Conzi. We are part of a team of wonderful people. Marco discovered me one day this phrase: “Life is the art of encounter” by Vinicious de Moraes. He is an expert in this subject at the University of Life and we have made it our calling.

We are champions of Responsible and Respectful Cultural  and Creative Tourism in Córdoba. In addition to many dreams and ideals, we are accompanied by experience, training, passion and that feeling that we always enjoy like a child, wanting to fill everything we touch with magic and share it with others. If you want to know more about us.

LIVE YOUR EXPERIENCE WITH US 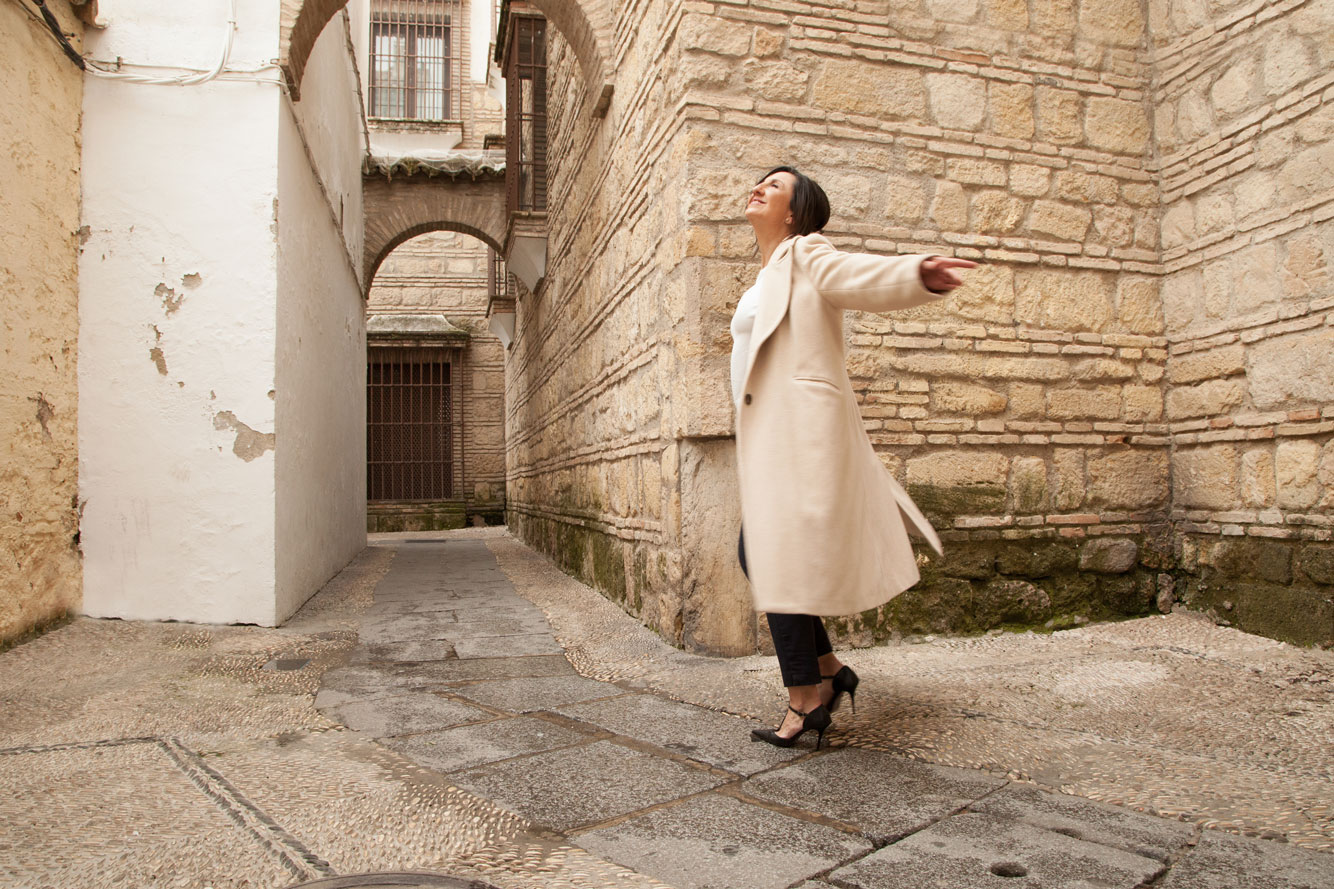 I love poetry thanks to the music and colours of Gloria Fuertes, Miguel Hernández and Pablo Neruda.
KNOW ME

She was born in Cordoba (Spain). She has a University Diploma in Tourism with 3 Masters Degrees (MBA – Price Waterhouse Sevilla, Strategic Marketing Applied to Tourism – George Washington University, Cultural Management – GEA Sevilla) and Professional Expert in Halal Tourism (Halal Institute of Spain). She speaks English, French and Italian. Studied Fine Arts at the Accademia di Belle Arti in Genoa (Italy) where she had her own Art Gallery and held many solo and group exhibitions.

She has been Hotel Director (Maimónides de Córdoba, TRH Almagro), Commercial Director of Hotel Las Adelfas in Córdoba and Hotel Habana Libre in La Habana (Cuba) where she organized, among other things, all the logistics for the international press when Pope John Paul II visited Cuba and carried out qualitative market research throughout Latin America. International Commercial Director of Hoteles Catalonia and Sercotel. She worked for several years in Genoa as a Free Lance, organizing Italy-Spain cultural exchanges, congresses and business events. In Italy she collaborated several summers with Musicopoli in Milan, organising artistic holidays for children where many artistic disciplines were mixed, such as the teaching of various instruments, dance, painting, theatre, singing, handicrafts and show cooking. She is a specialist in travelling all over the world, not only as a traveler but also as a travel agent, multidisciplinary artist and painter, as well as an Official Tourist Guide of Cordoba.

Her wide interdisciplinary experience in the fields of art, culture, business, travel and experience management, together with her command of languages, makes her a person of total confidence and a guarantee when it comes to planning any type of activity.

Will you come to Cordoba with me?

I haven’t come here to solve anything. I’ve come to sing and for you to sing with me. Pablo Neruda.
Know me

Born in Genoa (Italy). He has a degree in Music History from the University of Florence and a Higher Diploma in Classical Guitar from the N. Paganini Conservatory in Genoa.

He worked for the Genoa newspaper “Il Lavoro”, in the weekly music review column, and collaborated with the monthly magazine of Art and Culture of the Municipality of Genoa, presenting the cultural events of the city. Subsequently he passed the competitive examination to become a music teacher at the Italian state school where he has worked for more than 30 years.

At the same time, he has had a long career as a concert performer. In Italy, as a “classical” guitarist, he has performed all the obligatory stages of the traditional repertoire: concerts as a soloist, as a soloist in orchestras or in “duos” (with flute players, oboists and singers), chamber music concerts and concerts at contemporary music festivals. One of the concerts performed in Spain was in the Church of La Magdalena in Cordoba.

Parallel to this activity, he has cultivated a compositional activity which has allowed him, for some years now, to produce complete programs of his own music. Here he recreates the atmosphere of “cantejondo” and the resources of the flamenco guitar following a more personal inspiration, in which he fuses his “memories” as a classical musician with his passion for Spanish music. In fact, the Italian publishing house “De Ferrari” has published a book of eleven pieces for guitar with an annexed CD, called Calle de las Flores.

During the International Exhibition in Genoa in 1992 he was invited by the Commissioner of the Spanish Government to give two concerts a week in the Spanish Pavilion. In 1997 he made the most interesting concert tour of his life, organized by the Jesuit Refugee Centre in Rome, accompanying the lyric singer Maria FaustaGallamini in Angola.

He has often taken his voice and guitar to one of the most important children’s hospitals in Italy, the Gaslini Hospital in Genoa, to which he has dedicated a special song.

A born researcher, he has rescued from oblivion and specialized in 19th and 20th century classical guitar repertoire by Spanish (Agüado, Sor and Tárrega) and Italian (Carulli, Carcassi, Giuliani) composers, starting from his thesis on Fernando Sor.

He loves poetry and the Genoese dialect. And in the tradition of the troubadours of his homeland, he has a wide repertoire of his own songs.

In 2016 he decided to leave his work in Italy to devote himself entirely to the dissemination of his work and to continue delving into the themes he is passionate about today. He lives in Córdoba with his wife Inma and his daughter Carmen.
He is also interested in the interaction between music-art-poetry-introspection. He is currently working on projects where, through a certain type of repertoire and taking advantage of his experience as a teacher, he wants to give his music a more holistic and profound dimension. In fact, he has made a tour in the spring of 2017 with the chemotherapy patients of the Hospital San Juan de Dios, accompanying them 1 evening a week.

Marco Conzi is also a writer. The title of his first book “Una luz particular”, which has just been published by the Diputación de Córdoba, is a journey from the unique light of Andalusia to the light that is the soul of the world. They are small flashes, memories, experiences, adventures, experiences, reflections, pains, loves and heartbreaks. Through Cordoba, Andalusia, Spain, Italy and the world. In a dance that intertwines, mixes, colours, complements and turns everything into one. He is currently about to publish two more books. 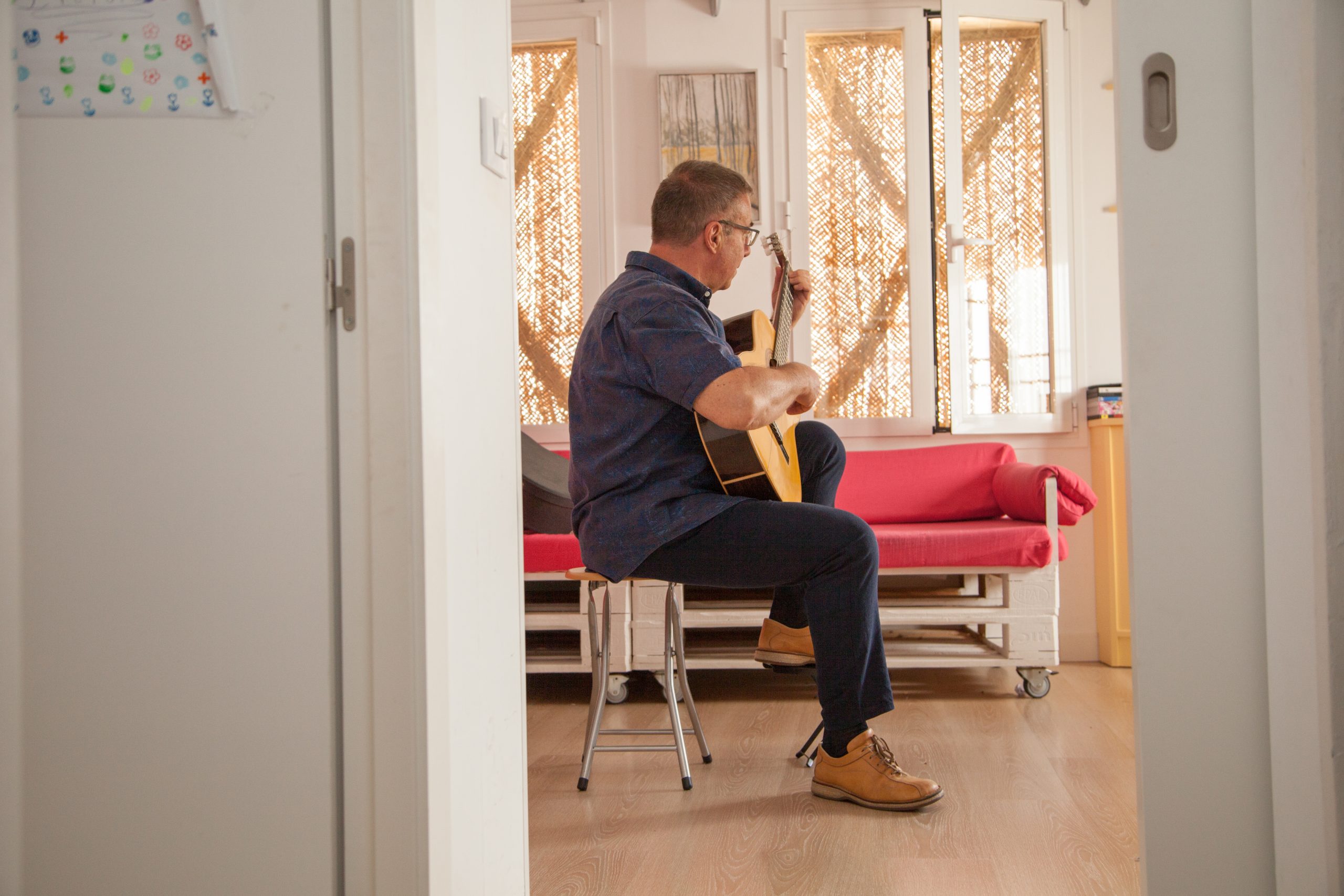 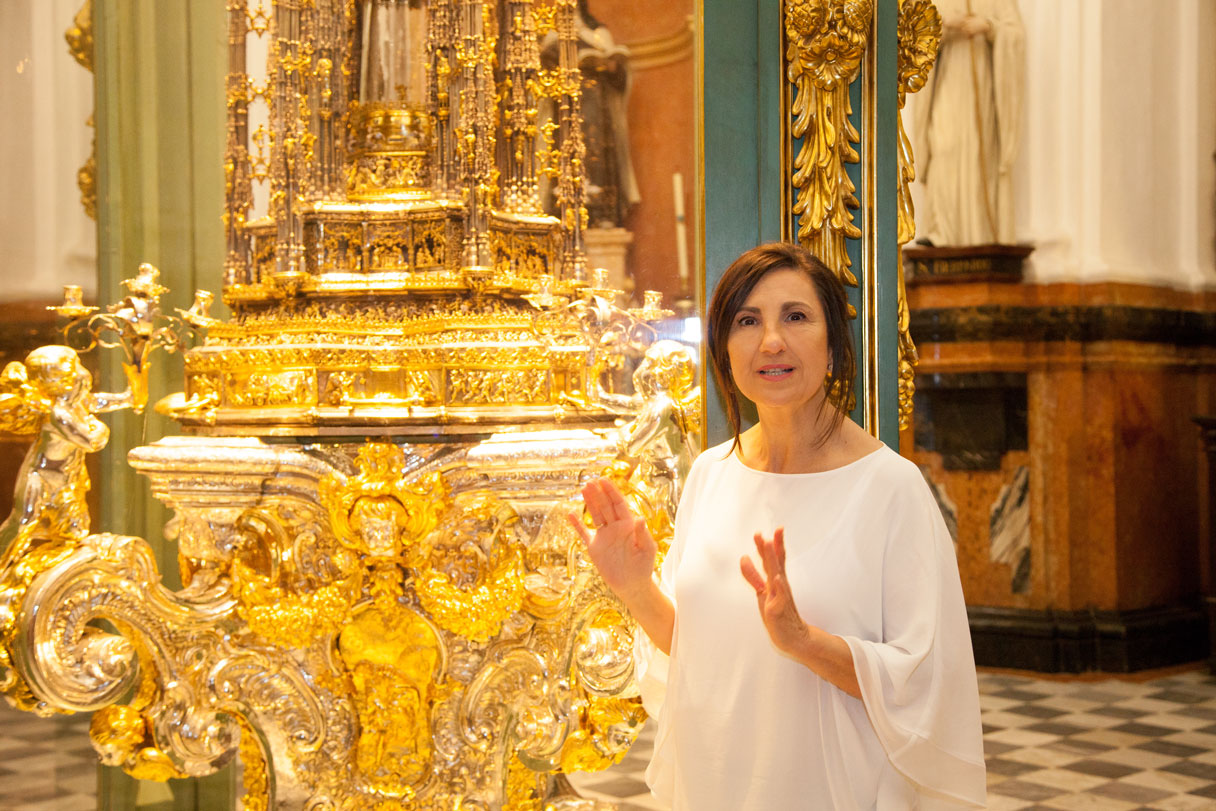 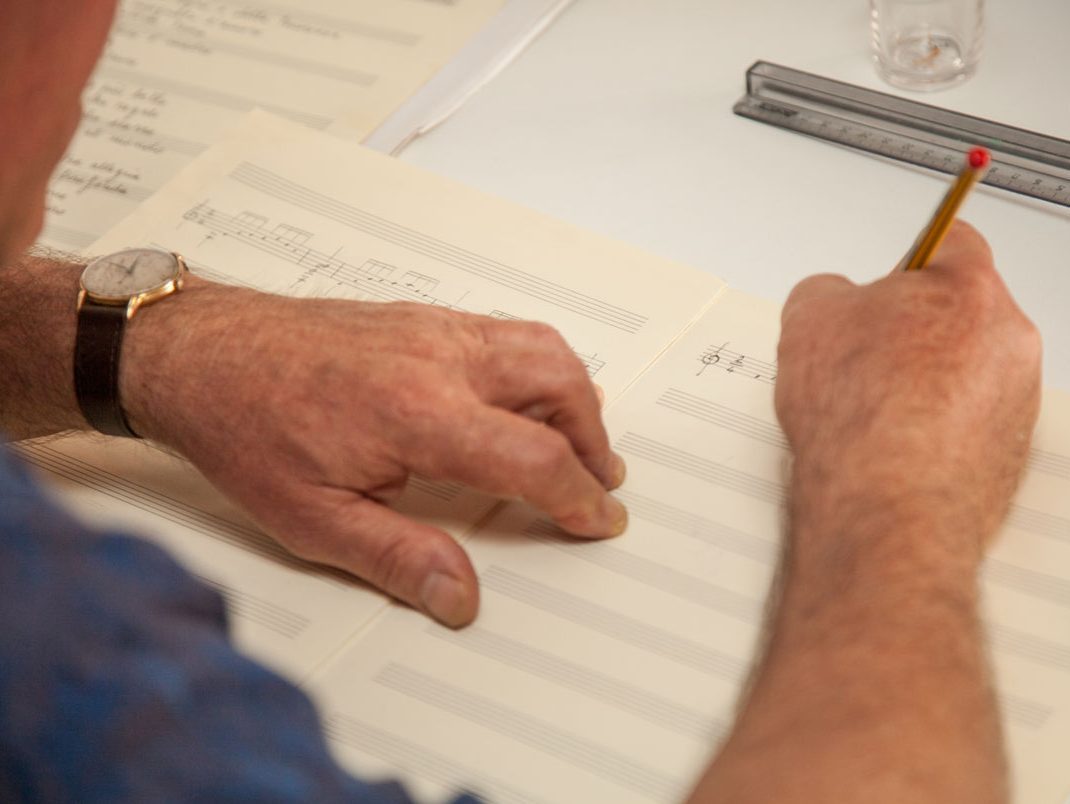 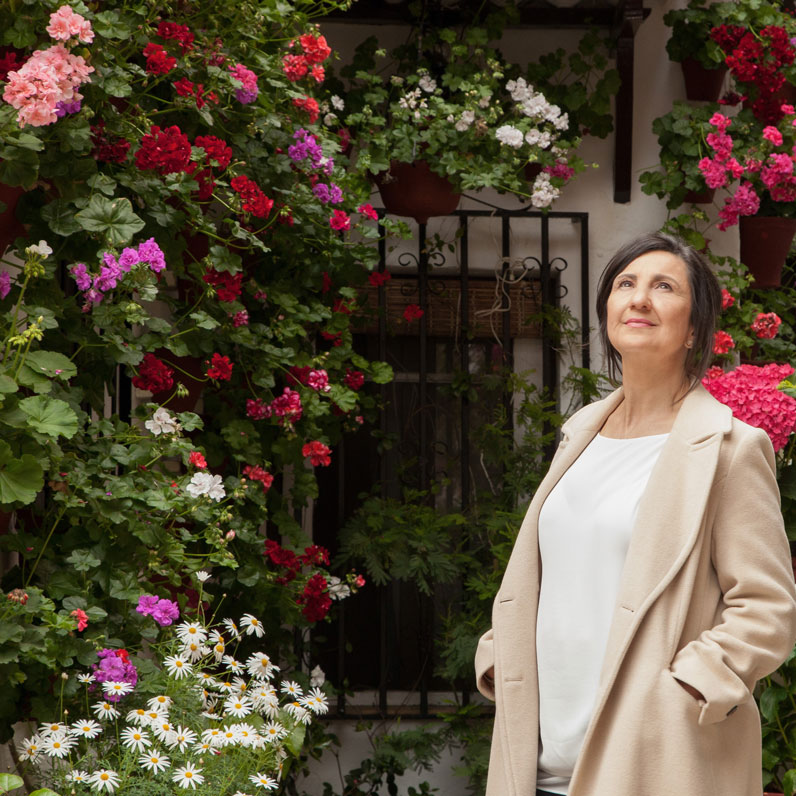 This website uses cookies to improve your experience while you navigate through the website. Out of these cookies, the cookies that are categorized as necessary are stored on your browser as they are essential for the working of basic functionalities of the website. We also use third-party cookies that help us analyze and understand how you use this website. These cookies will be stored in your browser only with your consent. You also have the option to opt-out of these cookies. But opting out of some of these cookies may have an effect on your browsing experience.
Necessary Always Enabled
Necessary cookies are absolutely essential for the website to function properly. This category only includes cookies that ensures basic functionalities and security features of the website. These cookies do not store any personal information.
Non-necessary
Any cookies that may not be particularly necessary for the website to function and is used specifically to collect user personal data via analytics, ads, other embedded contents are termed as non-necessary cookies. It is mandatory to procure user consent prior to running these cookies on your website.
SAVE & ACCEPT
0
0
Your Cart
Your cart is empty
Continue Shopping
Go to Top